In veiled warning to Iran, U.S. tells Gulf mariners to stay clear of its warships 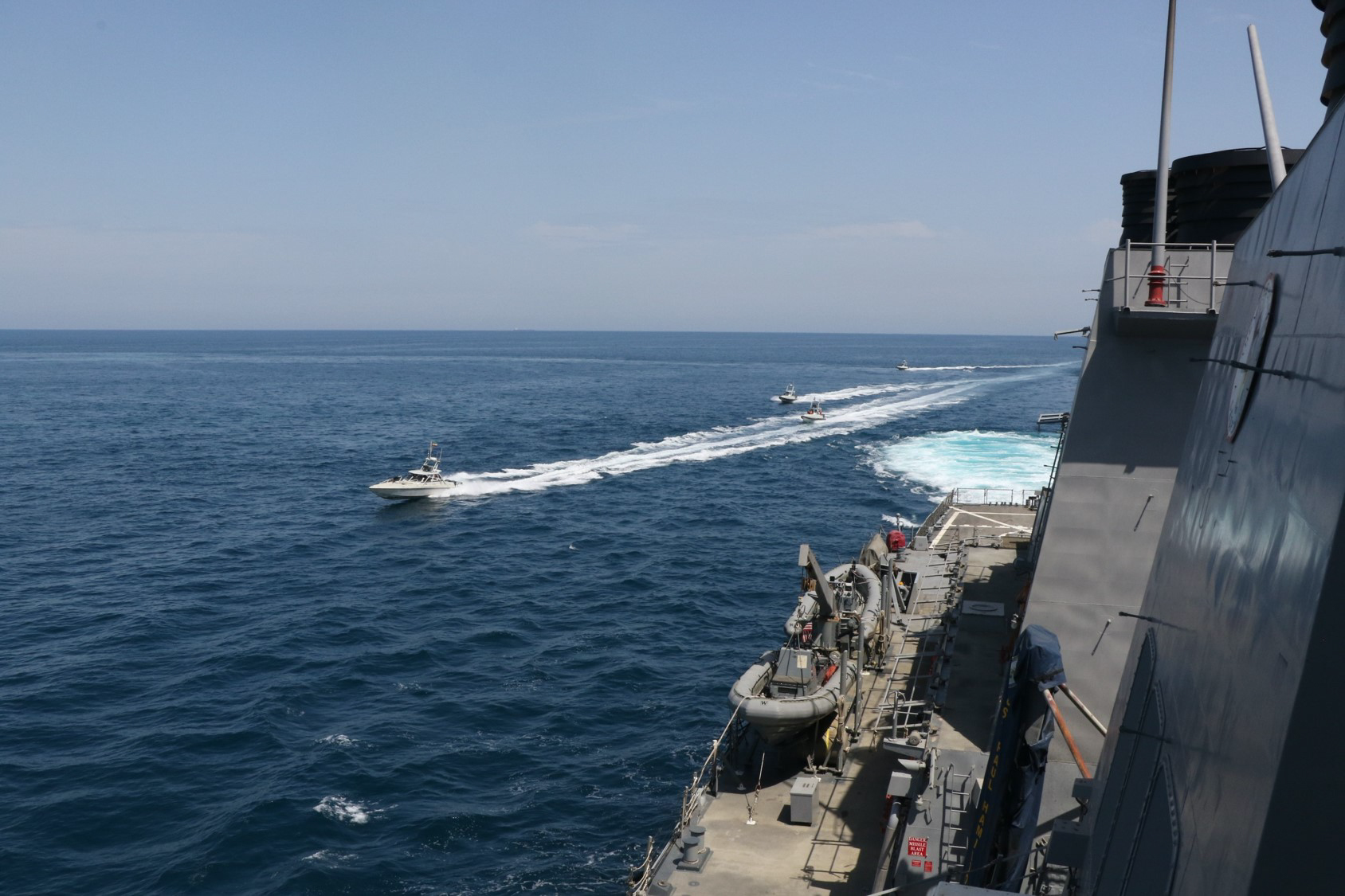 WASHINGTON (Reuters) – In an alert that appeared aimed squarely at Iran, the U.S. Navy issued a warning on Tuesday to mariners in the Gulf to stay 100 meters (yards) away from U.S. warships or risk being “interpreted as a threat and subject to lawful defensive measures.”
The notice to mariners, which was first reported by Reuters, follows U.S. President Donald Trump’s threat last month to fire on any Iranian ships that harass Navy vessels.

“Armed vessels approaching within 100 meters of a U.S. naval vessel may be interpreted as a threat,” according to the text of the notice:

A U.S. official, speaking on condition of anonymity, said the new notice to mariners was not a change in the U.S. military’s rules of engagement.

The Pentagon has stated that Trump’s threat was meant to underscore the Navy’s right to self-defense…….

It follows an incident last month in which 11 Iranian vessels came close to U.S. Navy and Coast Guard ships in the Gulf, in what the U.S. military called “dangerous and provocative” behavior.

At one point, the Iranian vessels came within 10 yards (9 meters) of the U.S. Coast Guard cutter Maui, the U.S. military said.

Trump’s threat followed that incident, which Tehran, in turn, said was the fault of the United States………..

I have instructed the United States Navy to shoot down and destroy any and all Iranian gunboats if they harass our ships at sea.

President Donald Trump warned on Wednesday that the United States would destroy Iranian gunboats that harass American ships at sea.

The threat, which contributed to a recovery in oil prices, came days after the Pentagon claimed that ships from Iran’s Islamic Revolutionary Guard Corps Navy took “dangerous and provocative” actions near U.S. Navy and Coast Guard ships in the Persian Gulf.

“I have instructed the United States Navy to shoot down and destroy any and all Iranian gunboats if they harass our ships at sea,” the president wrote in a post on Twitter.

West Texas Intermediate, the U.S. benchmark, rose more than than 30% on Wednesday after slumping to historic lows this year as the coronavirus pandemic crushed demand. Iran produced 3% of the world’s oil last year.

Six U.S. military vessels were conducting training operations in international waters last week when 11 Iranian ships “crossed the bows and sterns of the U.S. vessels at extremely close range and high speeds,” according to the April 15 U.S. Navy statement.

At one point, the Iranian ships came within 10 yards of the Coast Guard cutter Maui’s bow.

The body of Yunis, who closely collaborated with Hezbollah’s ally Iran, was discovered over the weekend inside a car where he had been shot and stabbed, according to Haaretz. Hezbollah announced that he was killed on Saturday.

Hezbollah has not accused Israel or any other state entity of killing Yunis, although the commander was reportedly tasked with tracking potential Israeli or foreign agents. Lebanese security sources indicate that a suspect has been arrested, although further details are not yet clear.

Yunis was reportedly a “close associate” of Iranian Gen. Qassem Soleimani, who was killed by the United States in a targeted airstrike in Baghdad in January.

“The information provided by Hezbollah suggests that the assassination of Younis was carried out by the Israeli Mossad and its agents,” Janoubia, a Lebanese news website, reported, according to the Jerusalem Post.

Hezbollah is closely affiliated with Iran, which has supplied it with funding and with weapons. The group, which is designated as a terrorist organization by the U.S. and other countries, has carried out rocket attacks against Israel.

WASHINGTON (Reuters) – President Donald Trump said on Thursday the United States had killed Qassim al-Raymi, the leader of Islamist group al Qaeda in the Arabian Peninsula (AQAP), in a counterterrorism operation in Yemen.

“Under Rimi, AQAP committed unconscionable violence against civilians in Yemen and sought to conduct and inspire numerous attacks against the United States and our forces,” Trump said in a statement.

“His death further degrades AQAP and the global al-Qa’ida movement, and it brings us closer to eliminating the threats these groups pose to our national security,” the president said. He did not say when Raymi was killed.

The United States regards AQAP as one of the deadliest branches of the al Qaeda network founded by Osama bin Laden.

Reports in Yemen have suggested in recent days that Raymi had been killed in a drone strike in Marib. Reuters was unable to verify the reports.

One Yemeni government official told Reuters there had been a drone strike in Marib but it was not Raymi who had been killed.

Trump makes Palestine an offer too good to refuse.

Today, President Trump followed through with a Middle East proposal that creates a Palestinian state, opens Temple Mount to all three Abrahamic religions, and invests $50 billion to create a million jobs for Palestinians…….

The plan states, “The sovereign capital of the State of Palestine should be in the section of East Jerusalem located in all areas east and north of the existing security barrier, including Kafr Aqab, the eastern part of Shuafat and Abu Dis, and could be named Al Quds or another name as determined by the State of Palestine.”

That’s a huge concession by Israel.

The Palestinians remain committed to ending the Israeli occupation and establishing a state with its capital in east Jerusalem, Abbas said at a news conference in the West Bank city of Ramallah, where the Western-backed Palestinian Authority is headquartered.

“After the nonsense that we heard today we say a thousand no’s to the Deal of The Century,” he said.

“We will not kneel and we will not surrender,” Abbas said, adding that the Palestinians would resist the plan through “peaceful, popular means.”

The Islamic militant group Hamas rejected the “conspiracies” announced by the U.S. and Israel and said “all options are open” in responding to the Trump administration’s plan.