The court ruled along ideological (that is, political) lines 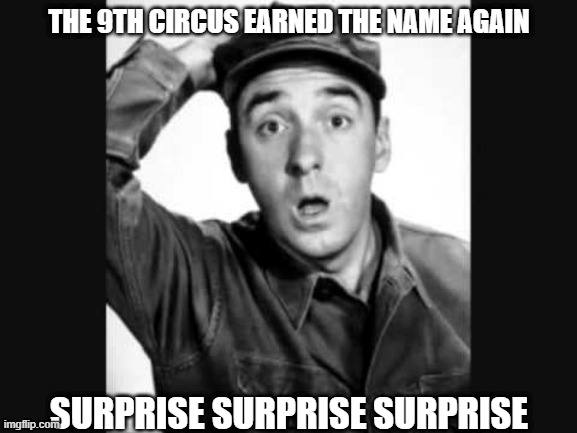 An appeals court on Monday blocked the Trump administration’s request to allow for a ban on immigrants who don’t have health care or otherwise cannot afford health care expenses.

The Ninth Circuit Court of Appeals rejected the White House’s motion for a stay of a court order that prevents the administration from enforcing its proclamation. The divided panel found that the administration does not have “limitless power” to deny immigrants based on their economic standing.

“[T]he government’s claim of harm in the form of costs to healthcare providers and taxpayers by uninsured immigrants was not supported by the record, and the court was not required to accept the Proclamation’s conclusory findings as true,” the 97-page ruling stated.

The appeals panel went on to say that the administration failed to demonstrate irreparable harm absent a stay and that harm is “purely monetary.”

As for the order itself, the panel deemed that the plaintiffs would likely succeed in their claim that the order conflicts with the Violence Against Women Act, the Immigration and Nationality Act (INA), Obamacare, and the “public charge” provision within the INA.

The Trump administration first introduced the directive — Presidential Proclamation No. 9945, or the “Suspension of Entry of Immigrants Who Will Financially Burden the United States Health Care System” — in October 2019. The order would’ve essentially prohibited the entry of any immigrants applying for visas unless they prove they can obtain health insurance within 30 days of entering the U.S. or otherwise indicate they can afford their own medical care.

However, the order was immediately challenged in court by opponents of the president’s immigration agenda………….

The panel was divided along ideological lines.