The Chief of Seattle police basically concedes if you or your property are attacked by the mob, you won’t get much assistance.

Aaaaand. U.S. District Judge James Robart has issued a temporary injunction stopping implementation of the the Seattle city council ordinance limiting police use of some riot control agents, scheduled to take effect Sunday. But that doesn’t mean the popo there are going to do anything more than absolutely necessary, and that only if it won’t put them in any danger.

“Well, we’ll see a lot of vigilante justice. And what are people gonna do about it? Call the cops? Remember, in the end the police aren’t there to protect the public from criminals, they’re there to protect criminals from the public. Communities dealt with crime long before police were invented, usually in rather harsh and low-due-process ways. The bargain was, let the police handle it instead.
No police, no bargain.”—Prof. Glenn Harlan Reynolds 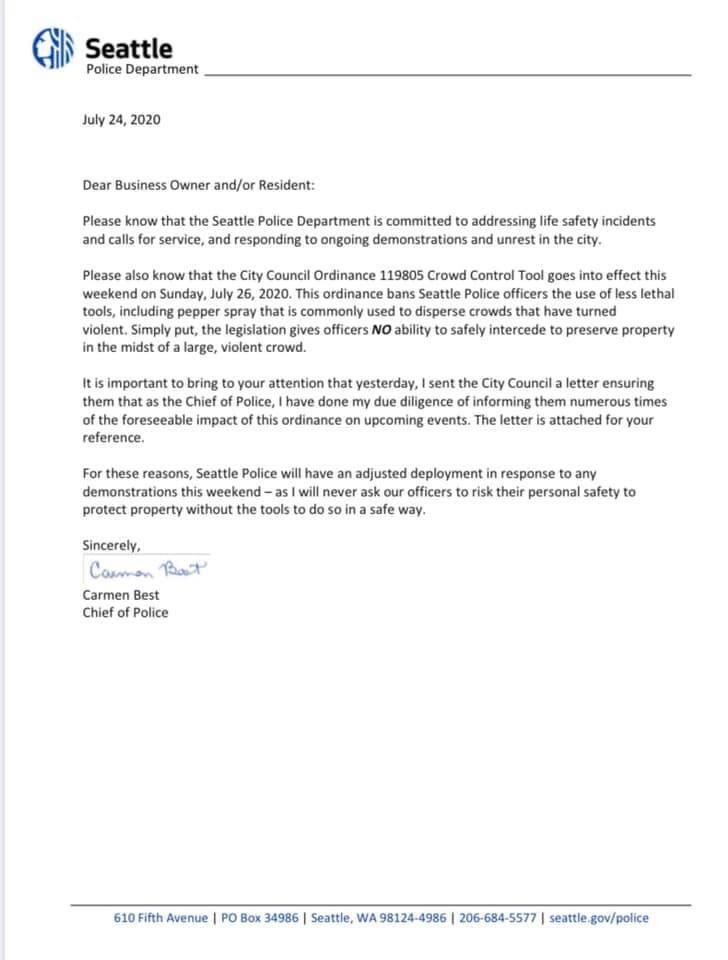