Observation O’ The Day
Actually I think even if we did have the best education system on the planet, some people -like Travis Allen- are too stupid for it to make a difference.

The fact that people genuinely don't know about the rise of fascism, from where it originated, and to that effect, the rise of national socialism during the early and mid 20th century only goes to show the failure of the modern education system.

Observation O’ The Day
Doesn’t seem too worried about the Omicron variant, either………

First Lady Jill Biden was living it up behind the bar Saturday afternoon at Slip 14 on Old South Wharf on Nantucket. Biden was asked by one of the restaurant’s owners to take a shot, to which she replied “No, my grandkids are here!” #Nantucket #BidenWatch

Comment O’ The Day
Not surprisingly…one would have to be a boozer to hang out with Joe all these years…. 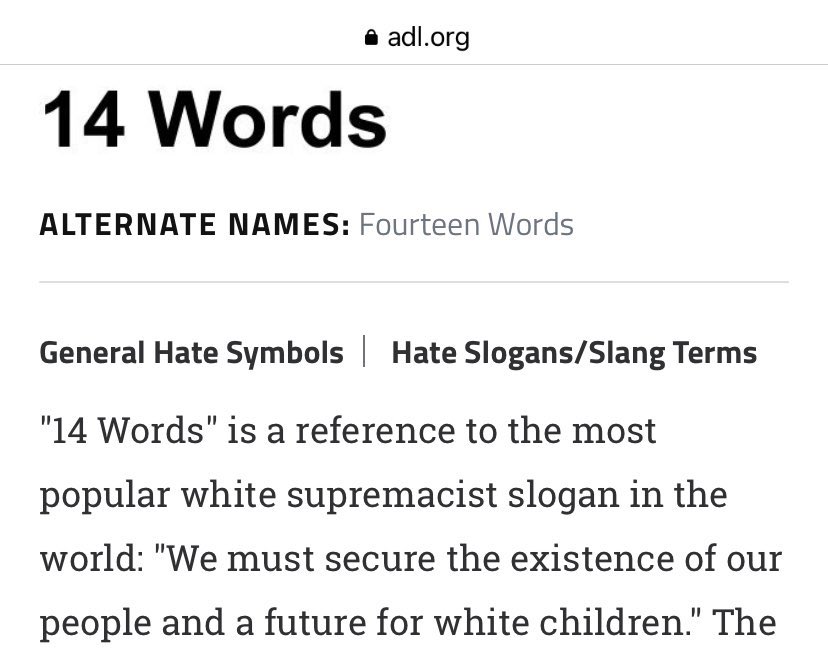 Biden Shocked by Price of Gas During Biden Administration: “Did You Ever Think You’d Be Paying This Much?”

Psaki on skyrocketing gas prices: “Our view is that the rise in gas prices over the long term makes an even stronger case for doubling down our investment and our focus on clean energy options.”

Joe Biden’s nominee for the Comptroller of the Currency Saule Omarova on oil, coal and gas industries: “We want them to go bankrupt if we want to tackle climate change.”

‘Where are we headed?’ Portland’s record-setting year for murder fuels search for answers

PORTLAND, Ore. – Pastor J.W. Matt Hennessee, a longtime local anti-gun violence advocate, never expected to lose his own child to the bullets he has tried to stop for almost four decades.

So when he got a call on May 13, letting him know that his stepson Jalon Yoakum, 33, was the latest victim in an onslaught of violent crime, Hennessee felt numb.

“This isn’t something where I’m new to the table,” said Hennessee, 62, who has battled gun violence in Portland for 40 years. “But I hadn’t worried about it, hadn’t thought about it, and when that call came …”

His voice trailed off.

Crime is up all over the country, and has been since the start of the COVID-19 pandemic in March 2020. But there is a a certain sad irony in Portland, long considered a safe, desirable place to live. Already, the city has tallied 67 homicides for 2021, breaking a 34-year-old record of 66. Last year, 55 homicides was a 26-year high in the city.

The numbers alone are troubling, but even more worrisome when compared with other similarly sized cities, where violent crime numbers are considerably less, including Seattle and Boston. In Portland, long considered a liberal stronghold in America, some community leaders and officers feel that police defunding efforts in summer 2020 may have backfired, at least somewhat. With fewer officers on the street, violence has escalated significantly.

Portland’s gun violence problems can be traced back, at least partially, to the killing of George Floyd in May 2020. Floyd’s murder, at the hands of a Minneapolis police officer, sparked a nationwide racial reckoning as hundreds of thousands took to the streets.

END_OF_DOCUMENT_TOKEN_TO_BE_REPLACED

Dems: we need to force everyone into unions through the #PROAct so workers have power.

Dems when workers organize & rise up against their policies: label them domestic terrorists. https://t.co/HQKfqjIlUF

Toddler-Masking Biden Says Governors Are ‘Playing Politics With the Lives of…Children’
The president bemoans the incivility of politics while accusing Republicans of being “cavalier” about the potential for dead kids.

On September 10, President Joe Biden lamented to a group of Washington, D.C., middle schoolers that political disputes in 2021 have become far too nasty.

“One of the lessons I hope our students can unlearn is that politics doesn’t have to be this way,” Biden said. “Politics doesn’t have to be this way. They’re growing up in an environment where they see it’s…like a war, like a bitter feud….I mean, it’s not how we are. It’s not who we are as a nation. And it’s not how we beat every other crisis in our history. We got to come together.”

When an elected executive complains that politics is too much like war, the prudent thing to do is to do reach for your flak jacket. And sure enough, literally in the preceding paragraph, the president implied that some GOP politicians don’t care overmuch if their constituents die.

“Look, I’m so disappointed that particularly some Republican governors have been so cavalier with the health of these kids, so cavalier with the health of their communities,” Biden said. “We’re playing for real here. This isn’t a game. And I don’t know of any scientist out there in this field that doesn’t think it makes considerable sense to do the six things I’ve suggested” as a path out of the pandemic.

Table that “I don’t know of any scientist” whopper for later, and fast forward to last night. Perhaps because his previous accusations didn’t attract much attention from the nodding-along media, Biden again trained his rhetorical howitzers onto GOP electeds.

END_OF_DOCUMENT_TOKEN_TO_BE_REPLACED

1,500 people per year are murdered by bladed weapons in the US.
Almost 3 TIMES MORE than by rifles.
The morons are clueless hypocrites.

Grimes, the experimental musical artist and mother to Elon Musk’s youngest child, brought a sword “crafted from a Colt AR-15” to the Met Gala on September 13, 2021, as a fashion accessory.

The singer-producer said, “It’s from these people who are getting people’s [guns] who don’t want to have their automatic rifles anymore, and are melting them down and making them perfect replicas of medieval swords, which I think is just so cool—I think it’s a beautiful thing.”

Photos of Grimes’ outfit show an inscription on the blade of the sword, which reads: “Crafted from a Colt-AR-15A3.” 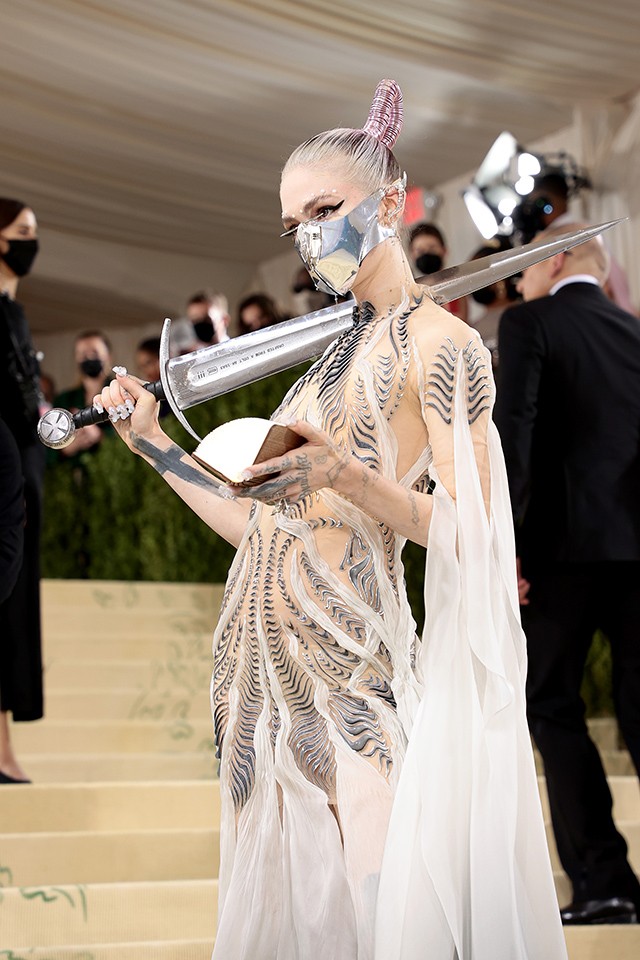 Grimes attends The 2021 Met Gala Celebrating In America: A Lexicon Of Fashion at Metropolitan Museum of Art on September 13, 2021 in New York City. (Dimitrios Kambouris/Getty Images for The Met Museum/Vogue ) 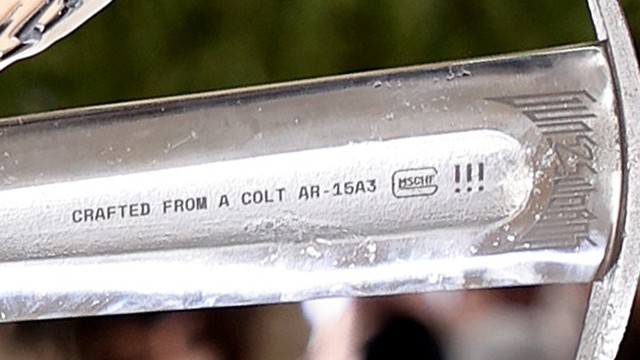 The blade also bears the logo of MSCHF, an art collective, and its Guns2Swords project. The Guns2Swords homepage explains, “We’re destroying your guns and forging them into swords.”

The site instructs potential customers to either send the artists a description of a gun that they would like to be reshaped — or pay $5,000 for a sword that the group has already made from a gun.

The Met Gala is an annual gathering known for its over-the-top fashion from Hollywood celebrities and other elites. The 2021 event featured similarly clownish political statements, including Rep. Alexandria Ocasio-Cortez (D-NY) in a Chick-fil-A-evoking “Tax the Rich” dress and soccer activist Megan Rapinoe flaunting a clutch reading “In Gay We Trust.”

Further hypocrisy was on display during the evening, as the celebrity guests were allowed to disregard New York City’s indoor mask mandate — yet the commoners staffing the gala still had to wear masks.

I want to know who bought the ticket and dress. Is it a campaign donation? Payment in kind? Pay to play?

ACLU: Forced vaccine passports is a win for civil liberties
“We care deeply about civil liberties and civil rights for all – which is precisely why we support vaccine mandates.”

Forcing people to use vaccine passports to access everyday freedoms is apparently protecting their civil liberties, according to the American Civil Liberties Union (ACLU). The organization’s opinion was, for obvious reasons, criticized as part of its continued recent decline into politicalization and moving away from values it once supported.

The ACLU expressed its controversial opinion in an op-ed in The New York Times. According to the civil liberties groups, there is permissibility for COVID-19 vaccine passport mandates because: “The disease is highly transmissible, serious and often lethal; the vaccines are safe and effective; and crucially there is no equally effective alternative available to protect public health.” 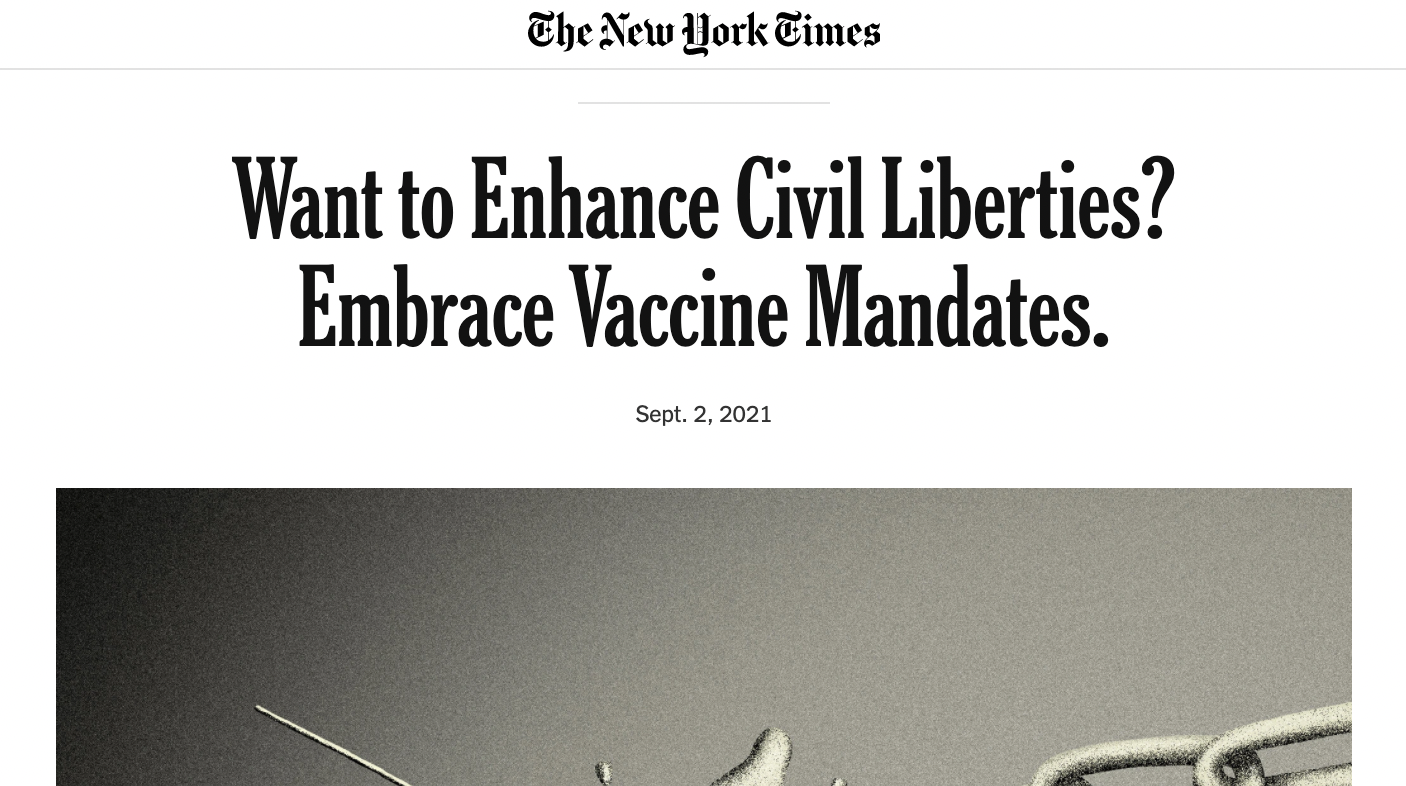 The ACLU added: “In fact, far from compromising civil liberties, vaccine mandates actually further civil liberties. They protect the most vulnerable among us, including people with disabilities and fragile immune systems, children too young to be vaccinated and communities of color hit hard by the disease.”

END_OF_DOCUMENT_TOKEN_TO_BE_REPLACED

Moms Demand Action manage to amass seven (7!) for a gun control protest
You’d think they’d get the message that this point of view isn’t very popular 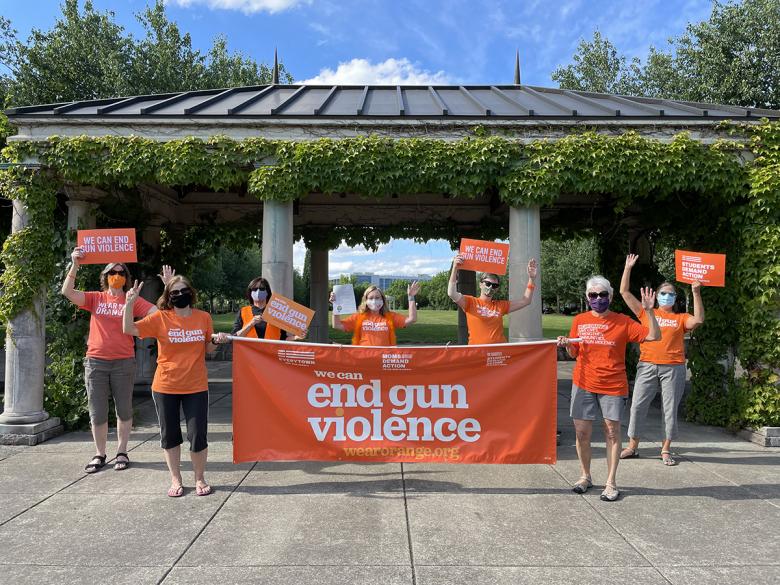