The Pentagon is moving ahead with new military jetpack prototypes

The Defense Department’s chief tech visionaries are once again attempting to make the U.S. military’s dream of jetpack-equipped infantry troops a reality through a pair of fresh contracts, Task & Purpose has learned.

Details regarding the contracts were not immediately available, but Phase II SBIR program funding “generally” consists of $750,000 for two years, according to information on the program’s website.

“DARPA is currently working with the small companies to finalize contracting details and award contracts, so at this time we can’t discuss the specifics,” the DARPA spokesman said.

DARPA officially announced in March 2021 that the agency’s small business programs office was looking for proposals “for cost of up to $225,000 for a 6-month period of performance” regarding the “feasibility” of the Portable Personal Air Mobility System that could reach ranges of “at least” 5 kilometers on the battlefield for a single operator.

Prospective platforms “could serve a variety of military missions, enabling cost-effective mission utility and agility in areas such as personnel logistics, urban augmented combat, [combat search and rescue], Maritime interdiction and SOF Infil/Exfil,” DARPA wrote. “Systems may be air deployed to allow for Infil to hostile territory, or ground deployed to allow for greater off-road mobility without the use of existing Vertical Takeoff & Landing aircraft such as helicopters and CV-22 [Osprey tiltrotor aircraft].”

END_OF_DOCUMENT_TOKEN_TO_BE_REPLACED

Well, the power outage we just had precipitated the bi weekly running of the backup generator that was going to happen Monday

The titanic in comparison to a modern cruise ship pic.twitter.com/MhgO2KAS9D 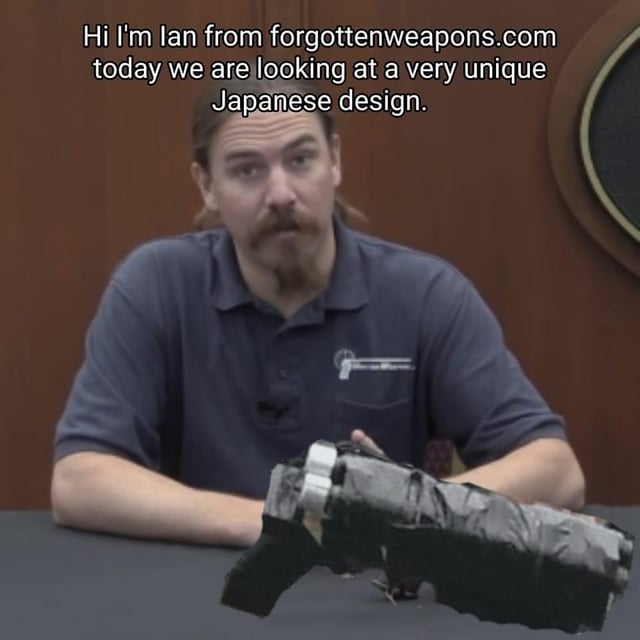 I think his parents wanted to combine Elisha and Elijah and the hospital got the letters mixed up on his birth certificate, and by then it’s too late to do much about it.

BUDAPEST (Reuters) – Swimming’s world governing body FINA on Sunday voted to restrict the participation of transgender athletes in elite women’s competitions and create a working group to establish an “open” category for them in some events as part of its new policy.

Transgender rights has become a major talking point as sports seek to balance inclusivity while ensuring there is no unfair advantage.

The debate intensified after University of Pennsylvania swimmer Lia Thomas became the first transgender NCAA champion in Division I history after winning the women’s 500-yard freestyle earlier this year.

Thomas has expressed a desire to compete for a place at the Olympics but the new FINA rule would block her participation.

FINA’s decision, the strictest by any Olympic sports body, was made during its extraordinary general congress after members heard a report from a transgender task force comprising leading medical, legal and sports figures.

END_OF_DOCUMENT_TOKEN_TO_BE_REPLACED

The Compleat List of Babylon Bee Headlines That Have Come True.

Which predator do whitetail deer fear the most?

I suspect this reaction depends a lot on the area and the past hunting pressure. Yes, man is the most lethal predator on the planet, but different experiences can mean different reactions in prey species.
When Dad & I were living in Kentucky, we had a literal herd – often up to 21 deer – that moved back and forth across the properties, inside the city limits, and often stayed and grazed right outside the back door. Dad could sit on the back porch and the newer fawns would often play around within feet of him, only being warned by their does if they got to close for their liking, and Dad quite often talked to them, giving them ‘lectures’ about the coyotes we had pass by from time to time. Sometimes they actually seemed to pay attention to him.

The Fake-Meat Revolution Has Stalled
Consumer trends suggest a meatless near future is increasingly unlikely.

Recent reports suggest there’s a growing realization among consumers, industry, investors, and others that overheated predictions of a meatless future—one in which steaks, bacon, chicken nuggets, and other foods made from dead animals will be supplanted by plant-based imitations of meat dishes and lab-grown meats made from animal cells (the latter of which is still exceedingly rare)—may have been based on wishful thinking.

As Food Dive reported this week, sales of imitation meat products are faltering. The website cites remarks and earning reports from Beyond Meat—a leader in the plant-based sector that counts among its fans none other than me—that combine a bleak present reality of “negative growth and high net losses” with fears over whether this market downturn could be permanent.

END_OF_DOCUMENT_TOKEN_TO_BE_REPLACED

In 2012, NFL center Jason Brown retired from football, learnt how to farm, and starting growing his own food.

Today, he has given away 1.6 million meals to food banks and soup kitchens.#Humanity 🌎🏈 pic.twitter.com/QljSO0qDv2

And Now For Something Completely Different
(and BTW, that number for the U.S. is about 1/2 of what we actually have)

Feb 15 (Reuters) – Burger King parent Restaurant Brands International Inc (QSR.TO) said on Tuesday that it stripped its most famous sandwich, the Whopper, from discount menus and will raise menu prices again this year as to offset higher costs.

U.S.-listed shares of the company rose more than 3% after it topped results estimates for the fourth quarter ended Dec. 31, led by soaring online sales and better-than-expected same-store sales growth at Burger King in the United States and Tim Hortons in Canada.

Restaurant chains are raising prices because they are paying higher costs for shipping, labor, and commodities including chicken, coffee and cooking oils amid COVID-19 related disruptions.

END_OF_DOCUMENT_TOKEN_TO_BE_REPLACED

How to wash a cat:

A Mexican Drug Cartel modifies a drone into a bomber.

Mexican drug cartel uses drone equipped with mini bombs to attack the camp of an other drug cartel (to destroy the drug storage). pic.twitter.com/T9U4yH1IoM

Ultimate Proof That 6 Wheels Are Cooler Than 4.

Louder vehicle = easier to hear coming at you.

Electric vehicles are quiet enough to create a safety concern, particularly for visually impaired pedestrians, even with artificial sounds implemented, a study presented Tuesday during the Acoustical Society of America meeting in Seattle found.

In the analysis, in which participants were asked to push a button upon hearing an approaching electric vehicle on an adjacent roadway, none of the tested vehicles achieved a 100% detection rate, the data showed.

However, artificial sounds added to the vehicles improved detection ranges — or the distance at which they could be heard — and all of those tested exceeded current National Highway Transportation Safety Administration minimum standards, the researchers said……………….

Commentariat states;
I WANT ONE THAT MAKES THE JETSONS-CAR BLEEBLE NOISE

We now return you our regular programming.

As the Black Bear is at the top end of the food chain, hunting them can be a ‘reciprocal’ event

The black bear hunting season runs from Monday, Oct. 18 to Wednesday, Oct. 27, according to the Missouri Department of Conservation.

The approved regulations limit bear hunting to only Missouri residents and restrict it to designated areas of southern Missouri. Conservation agents will limit hunters to one bear, and hunters may not use dogs to assist.

The Missouri Conservation Commission gave final approval of MDC’s season framework, permit and harvest quotas, and other related regulations for hunting black bears in Missouri at its March 26 open meeting.

Officials say the bear population in Missouri has been growing. Conservation agents now estimate there are 600 to 1,000 black bears in the state.

“Being able to add this iconic species to the long list of hunting opportunities for Missourians is a testament to the decades of bear research and management by MDC staff,” said MDC Director Sara Parker Pauley. “A limited annual hunting season will help manage the growing number of black bears in the state.”

“A bear-hunting season in our state will provide opportunities for Missourians to participate in the sustainable harvest of this valuable wildlife species,” said MDC Bear Biologist Laura Conlee. “As our black bear population continues to grow, a highly regulated hunting season will be an essential part of population management into the future. The timing and length of the season, allowed hunting methods, and a limited permit allocation coupled with a limited harvest quota will ensure a sustainable harvest of our growing bear population.”

MDC proposed a limited and highly regulated black-bear hunting season following several years of public comment, including informational open houses in 2019 and a public-input process throughout 2020.

The selected hunters are allowed to participate any time from half-hour before sunrise to a half-hour after sunset during the 10-day hunting season.

This revisionary BS is what passes for ‘higher education’ these days.
And if your children aren’t instructed about the truth earlier, they’ll suck this up as if it was real history.

The UNC course syllabus also characterizes Japan’s military aggression during World War II as ‘the first global attack on white Anglo-American hegemony.’
As part of the curriculum, students will give presentations on topics that involve their classmates’ romantic lives as they relate to race.

The University of North Carolina is offering a class called “Global Whiteness,” which involves student presentations on Trump and interracial hookups on campus.

Campus Reform obtained the fall 2021 syllabus, covers the concept of race since the 19th century, but also contains what appears to be revisionist narratives of American history, specifically World War II.

Specifically, the syllabus appears to place blame for the Pacific Theater on America and the West. The course overview describes World War II in the Pacific as “the first global attack on white Anglo-American hegemony” and “Japan’s attempt to roll back Euro-American colonialism.”

A previous iteration of the course, taught in 2019, included a class session titled “Nasty, Angry White People,” according to an earlier syllabus reviewed by Campus Reform.

END_OF_DOCUMENT_TOKEN_TO_BE_REPLACED

Vox: It’s time to reconsider air conditioning for the sake of ‘cooling justice.’

Thursday Vox published a piece about the need to reconsider air-conditioning in order to promote “cooling justice.” The article is based on a book on the same topic but this interview with the author is a bit vague. What exactly is “cooling justice” and what would that look like in practice? I confess I’m a bit curious if only because I like to know what it is that the left has planned for all of us. Here’s the author not quite telling us what that is:

What I hoped to do with the book was by tracing this history people could consider a radically different way of living, one that doesn’t have to be suffering. It can actually be pleasurable. I think a lot of people are too afraid to even try that because they think they have to give something up. I hope that it can open the door just a little bit for people to really re-contextualize what it means to be comfortable. I think there’s something to be said about making us a bit more comfortable with the discomfort of outside air.

Get “comfortable with discomfort” doesn’t sound like an improvement. Anyway, it has to be done because air-conditioning is racist, hence the need for “cooling justice.”