Everything’s got a moral, if only you can find it.  -Lewis Carroll

Everybody should fear only one person, and that person should be himself.
– Philip José Farmer

As I have stood in the crosshairs of those who target Second Amendment freedoms, I’ve realized that firearms are not the only issue. No, it’s much, much bigger than that. I’ve come to understand that a cultural war is raging across our land, in which, with Orwellian fervor, certain acceptable thoughts and speech are mandated.
— Charlton Heston

There are two ways of spreading light:
to be The candle or the mirror that reflects it.
– Edith Wharton

If the representatives of the people betray their constituents, there is then no recourse left but in the exertion of that original right of self-defense which is paramount to all positive forms of government, and which against the usurpations of the national rulers may be exerted with infinitely better prospect of success than against those of the rulers of an individual State.
–Alexander Hamilton

Americans who value freedom had better be more concerned about the gun control crowd than the criminals. The criminals want your money. The Neo-Totalitarians want your freedom.
— Charlie Reese

Faith is taking the first step even when you can’t see the whole staircase.
― Martin Luther King Jr.

Quote O’ The Day
In 1789, it was merely ridiculous for a public figure to propose that the citizenry should relinquish its arms; in 2023, it is downright psychotic.

By declaring that Americans would and should have no hope against a tyrannical government, the president disavows a central premise of our nation’s Founding.
At this point in the proceedings, President Joe Biden resembles nothing so well as a cheap, faux-interactive children’s toy from the early 1990s. Pre-loaded with a small handful of vacuous stock phrases, and programmed to repeat them at random whenever the conversation meanders onto familiar ground, Biden has become so predictable, monotonous, and dull that one occasionally wonders whether his doctor is ever tempted to search his lower back for a double-A-battery compartment and a row of rudimentary activation buttons. On the left side of the array, he might find the catchphrases: “Malarkey!” “No joke!” “Literally, folks!” etc. On the right, he might uncover some circumstance-specific clichés, which, though appearing to the uninitiated to be bespoke, are in fact involuntary staples selected from an ever-dwindling list.
Nowhere is this tendency more evident than when the president is discussing firearms. In comes the topic, and out come the chestnuts. Button A yields the false claim that, at the time of the Founding, “You couldn’t buy a cannon.” Button B yields the line, “Deer aren’t wearing Kevlar vests out there.” Button C yields the contention that, “If you want to take on the federal government, you need some F-15s, not an AR-15.” The audience may change, the location may vary, the impetus may shift from time to time, but the bromides will remain as constant as the sun.
Musing yesterday on the utility of privately owned firearms, Biden ran once again through the hits. “If you need to worry about taking on the federal government,” he smirked, “you need some F-15s. You don’t need an AR-15.”
This is a grotesque thing for an American president to say. Happily, there is no need at present for the American citizenry to fight its own government. One hopes there never will be. But this is not the sort of thing about which a sitting president should be brooding. Having been written by a group of successful insurrectionists, the U.S. Constitution is, in effect, a hybrid document. In some places, it establishes the powers that the national government may exercise; in others it ensures that, if the government oversteps its bounds, the people have the opportunity to resist. By declaring that the public would and should have no chance against a tyrannical American government, President Biden was implying that the Declaration’s central promise — “that whenever any Form of Government becomes destructive of these ends, it is the Right of the People to alter or to abolish it” — has been rendered moot.

END_OF_DOCUMENT_TOKEN_TO_BE_REPLACED

Human felicity is produced not so much by great pieces of good fortune that seldom happen, as by little advantages that occur every day.
– Benjamin Franklin 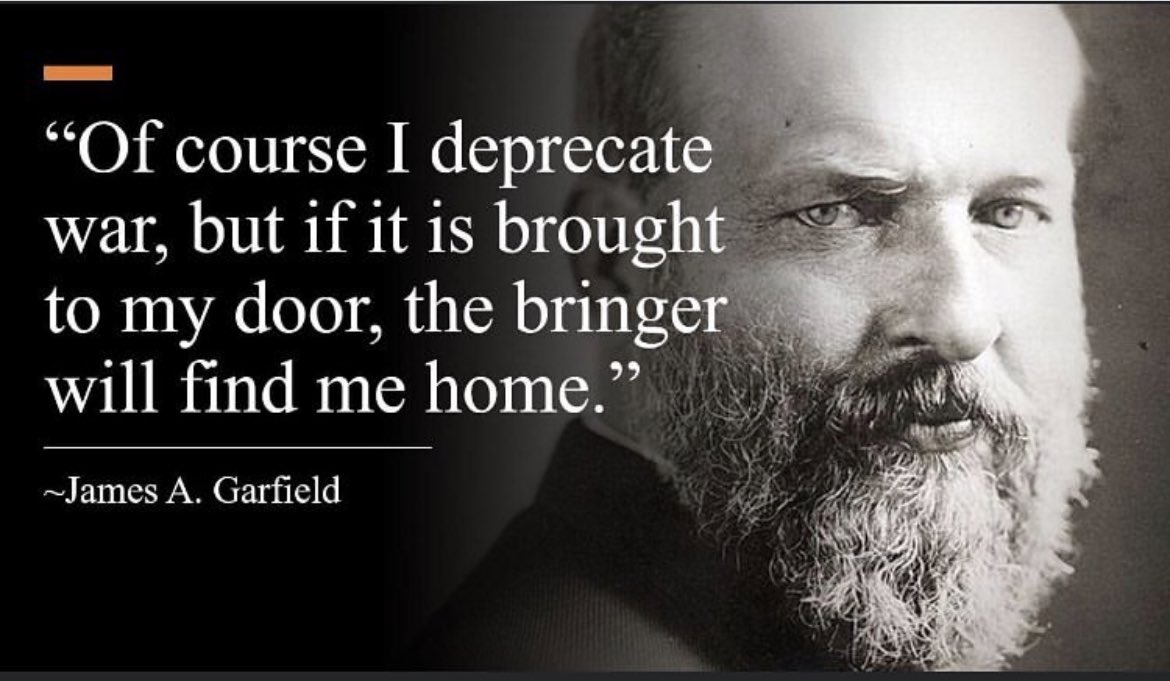 One of the ordinary modes, by which tyrants accomplish their purposes without resistance, is, by disarming the people, and making it an offense to keep arms.
–Joseph Story

To make certain that crime does not pay, the government should take it over and try to run it. — J. Norman Collie

In Washington, the clearer a statement is, the more certain it is to be followed by a ‘clarification’ when people realize what was said.
–Thomas Sowell

The right of self-defense is the first law of nature; in most governments it has been the study of rulers to confine this right within the narrowest limits possible. Wherever standing armies are kept up, and when the right of the people to keep and bear arms is, under any color or pretext whatsoever, prohibited, liberty, if not already annihilated, is on the brink of destruction. – St. George Tucker

The Left considers the fight over free speech to be a political death struggle, and they are right about that. If anything deserves to be strangled in its crib it is the Left’s current assault on the First Amendment.
–Thomas DiLorenzo

Higher education in America increasingly resembles what a foreign conqueror would impose on a defeated population in an effort to break its will.
–Glenn Reynolds

“The right to self-defence is the first law of nature: in most governments it has been the study of rulers to confine the right within the narrowest limits possible. Wherever standing armies are kept up, and the right of the people to keep and bear arms is, under any colour or pretext whatsoever, prohibited, liberty, if not already annihilated, is on the brink of destruction.” -St. George Tucker