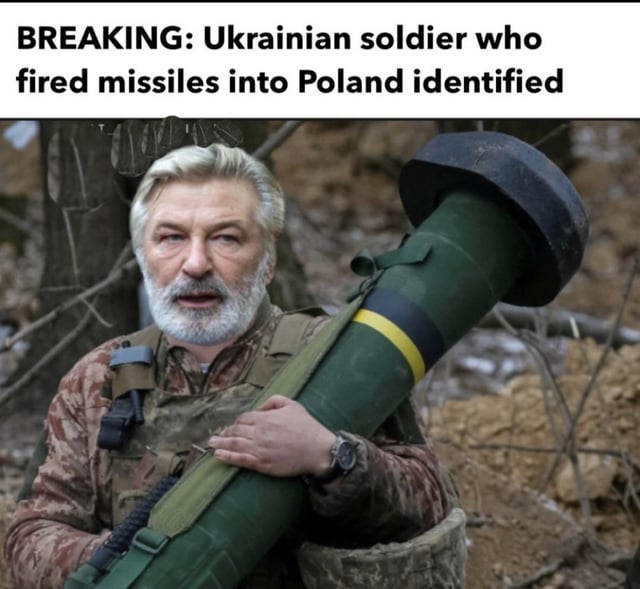 NBC news intern with quite a sense of snark

Climate protesters hit a $110M Monet with mashed potatoes
— but a glass barrier prevented them making an impression on the artwork.

German protesters arrested after throwing mashed potatoes at Monet painting that sold for $110 million
“This painting is not going to be worth anything if we have to fight over food,” said one of the two activists protesting climate change. The painting was unharmed, the museum said

Police arrested a pair of German protesters who, in a bid to bring attention to the perils of climate change, threw mashed potatoes Sunday at a Claude Monet painting that once sold for more than $110 million.

Authorities said they are investigating the protesters, whom police did not name, for property damage and trespassing after the incident at the Barberini Museum in Potsdam, the capital of the state of Brandenburg, about 20 miles southwest of Berlin.

An “immediate conservation investigation” found that “Grainstacks,” which Monet painted in 1890 and which sold for $110.7 million at a 2019 auction, sustained no damage from the stunt, as it lies behind a layer of protective glass, the museum said in a statement on Twitter. The painting will be back on display by Wednesday, the museum added.

A Brandenburg police spokesperson did not immediately respond to a question about why the protesters were being investigated for property damage given that the painting was unharmed.

Video posted to the Twitter account of the Last Generation, the German climate group that claimed responsibility, shows two protesters hurling mashed potatoes at the painting and then kneeling in front of it and seeming to glue their hands to the wall.

The stunt was similar to one this month at London’s National Gallery, where two protesters from the U.K. group Just Stop Oil threw what appeared to be tomato soup at Vincent van Gogh’s painting “Sunflowers,” which sold for nearly $40 million in 1987, to protest the country’s cost-of-living crisis. That painting was also behind protective glass and unharmed, according to the museum.

On Sunday, the German activists referred to the U.K. protest as they carried out their own. 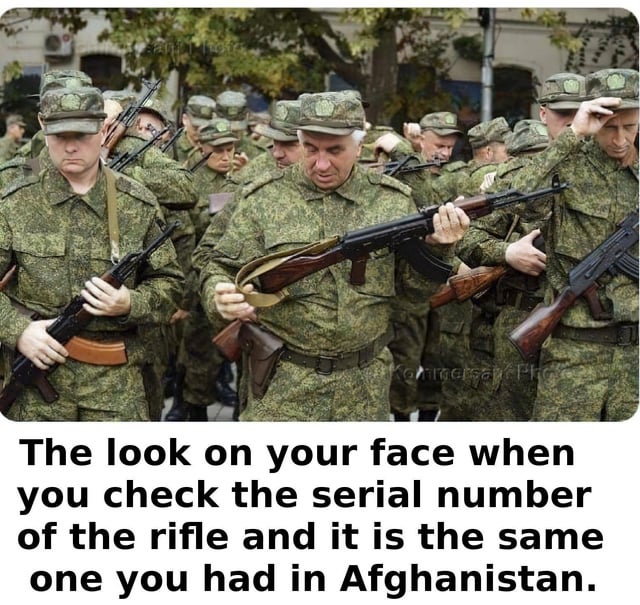 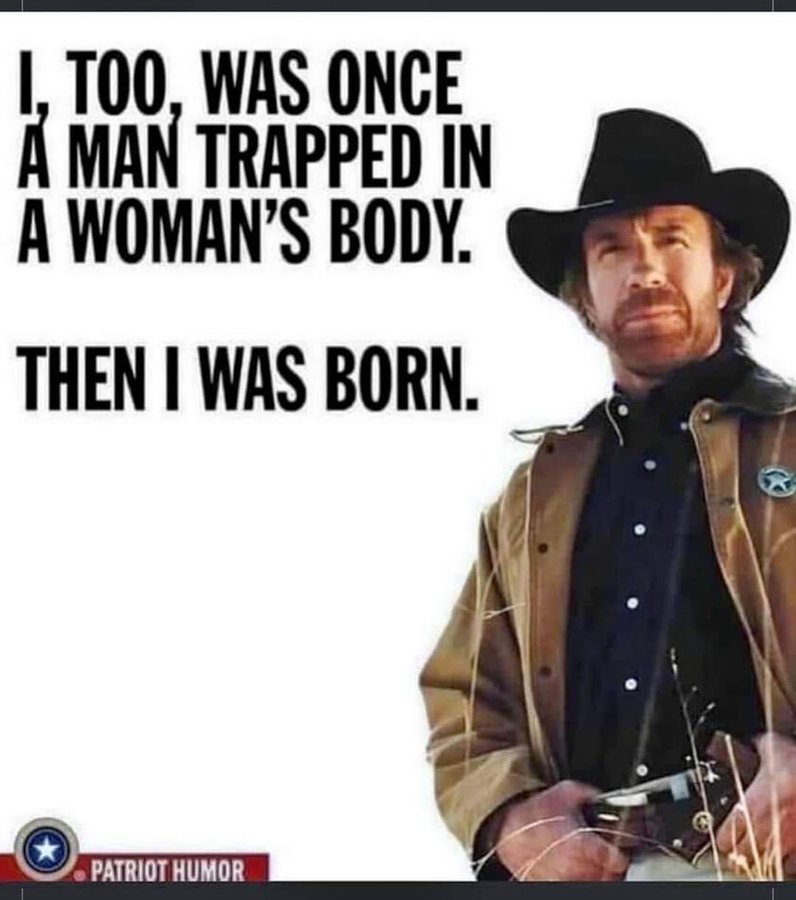 Always with the shotgun. Anti-gun politicians always use the shotgun, and the safest-looking one they can find. 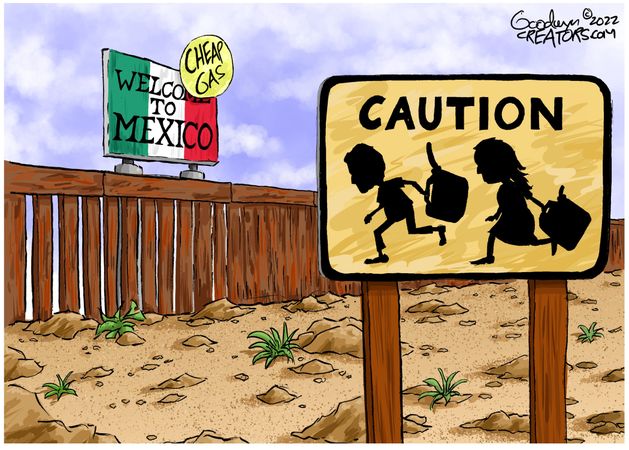 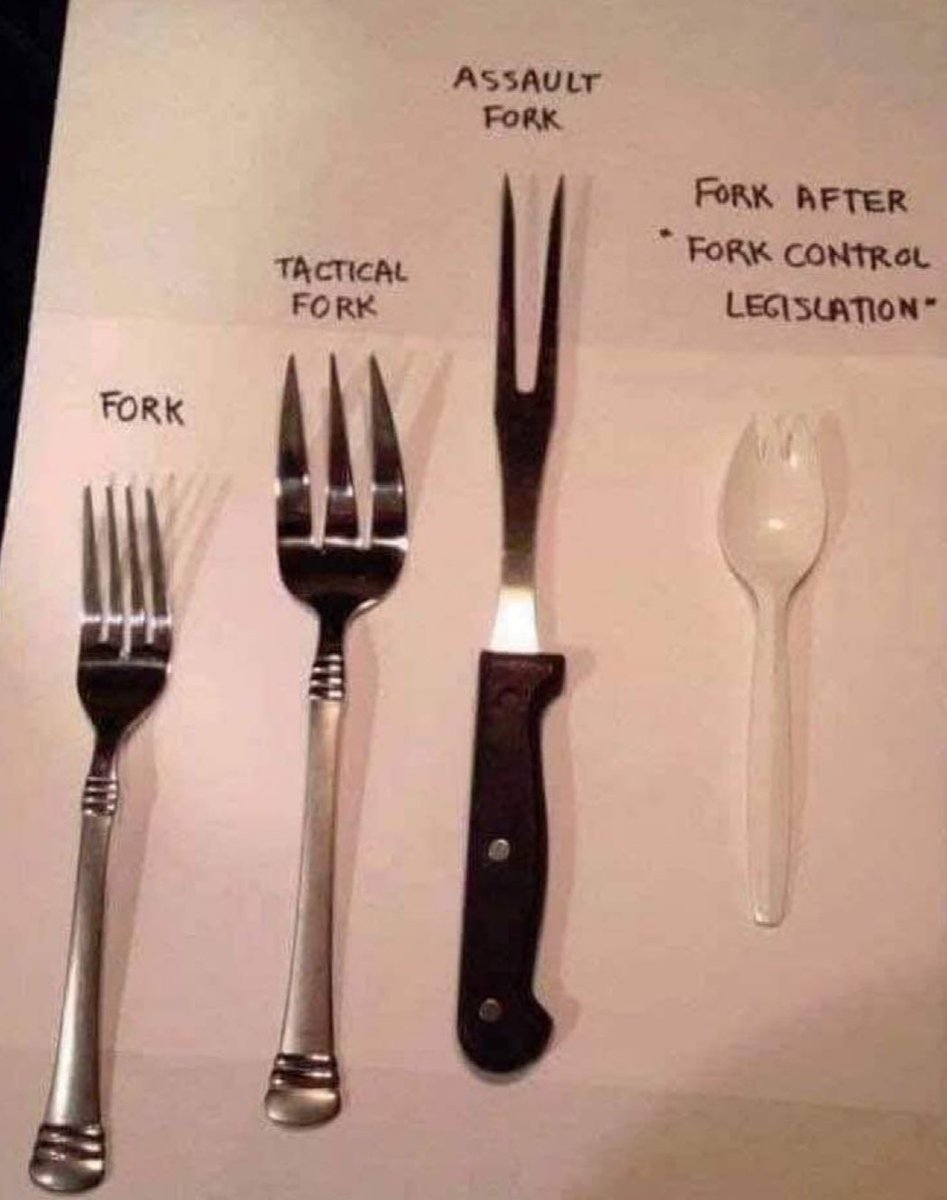 It’s like every other TV show that’s a ratings flop. The production staff are trying to figure out if there’s a way to salvage the show.

The House Select Committee investigating the Jan. 6 attack on the U.S. Capitol postponed its Wednesday hearing and will instead hold its third public hearing on Thursday.

The committee has yet to release an explanation for the Tuesday announcement. The committee held a primetime hearing last week, followed by a hearing on Monday.

The Jan. 6 committee is tasked with investigating the circumstances leading up to and during the pro-Trump storming of the U.S. Capitol in early 2021. The committee’s Monday hearing focused heavily on former President Donald Trump’s attempts to overturn the 2020 election results through litigation.

Wednesday’s scheduled hearing was supposed to focus on Trump’s attempts to use the Justice Department in his bid to reject results……..

Biden Administration To Provide Grief Counselors At All Gas Pumps 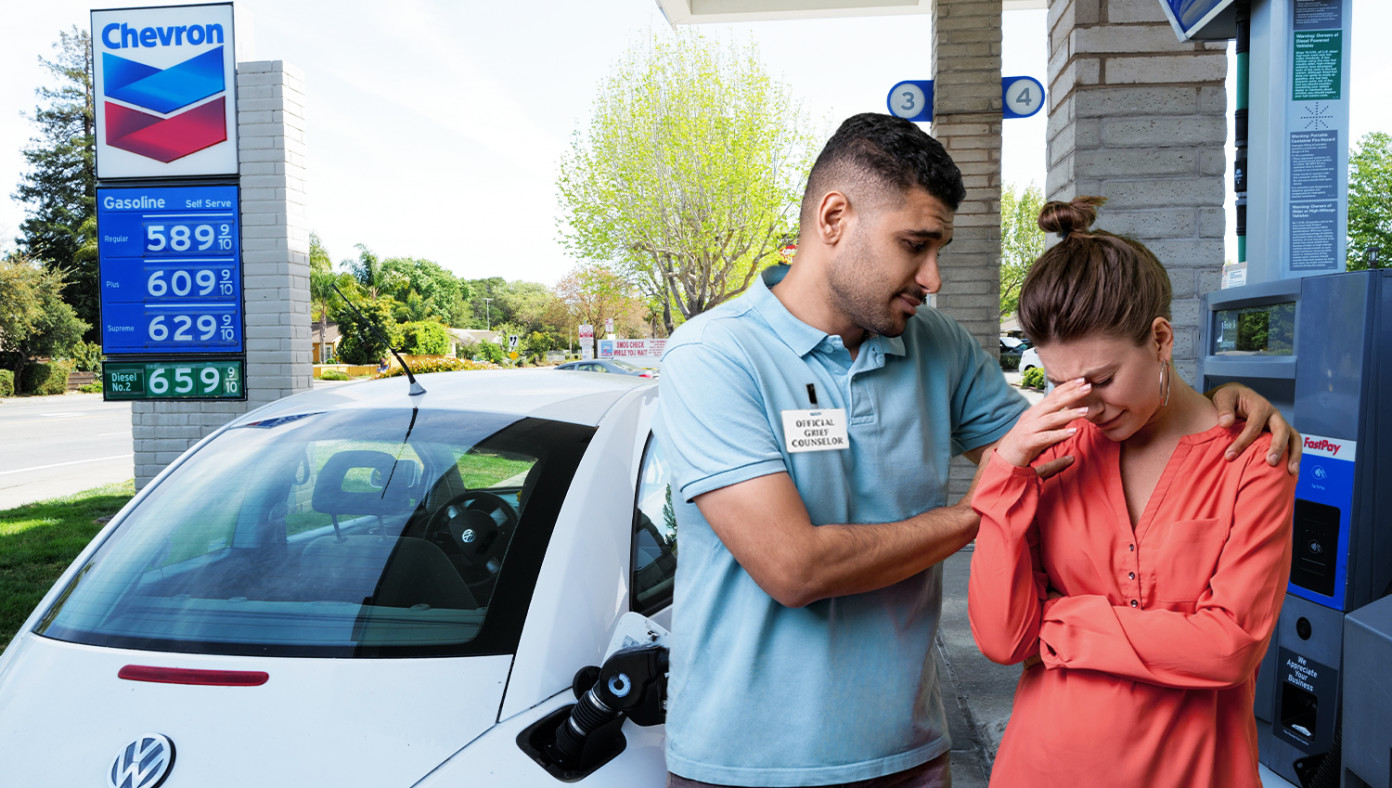 CANAAN—In a somber press release outside the burning gates of torment and suffering, the fire god Moloch warned of looming supply chain issues regarding child sacrifices.

Moloch added that human sacrifices, purifications, ordeals by fire, mutilations, etc., would cease until the supply chain shortages were sorted out through democratically violent means.

“My demon logistics department is reporting a supply chain shortage of children to sacrifice upon burning idols and in fiery pits,” said the god of brazen gratification and hedonism. “The scarcity of innocent young lives to be brutally murdered at my feet is mostly due to the US Supreme Court’s upcoming reversal of Roe v. Wade, led by white supremacist Clarence Thomas.”

An uncomfortably large percentage of the US population cried out in fear and terror at the prospects of not being able to sacrifice children of a loving Heavenly Father for their own, selfish desires. Eyes rolled back in their sockets and blood-curdling screams pierced the air in the name of egomaniacal convenience.

“What about my career as a corporate drone who loves binge-drinking on the weekends!” cried one woman at the steps of the Supreme Court building while holding a protest sign reading “My Body, My Choice, My Vanity, My Career, My Parties, My Barren, Loveless Life.”

At publishing time, Moloch was considering the allowance of back alley child sacrifices using common household objects and horse medication.

A weasel walks in a bar.

Bartender, startled, asks “What can I get you, little buddy?”

You can thank AK for this one.

It’s the Babylon Bee, so it’s satire and supposed to be funny, until it isn’t

Psaki Reminds Reporters That Biden Doesn’t Speak For The President Of The United States.

“But Jen!” said a feisty Peter Doocy, “Don’t you think these inconsistent statements could cause World War III and unleash CRT on our kids all at once? Why did Biden have to walk back his statements?”

Sources say Biden is now in his basement on tranquilizers until the administration can clarify what statements need to be walked back.

Message from the Ukrainian tax office: “Have you captured a Russian tank or armored personnel carrier and are worried about how to declare it? Keep calm and continue to defend the Motherland! There is no need to declare [them as income].” https://t.co/xduC7YlXa9

Paul, why do they have horses in restaurants down there?
Is it like where you get to pick out your lobster from the tank?

Former Obama hand David Axelrod had some Valentine’s Day advice for Presidentish Joe Biden: Stop being such a Joe Biden.

Axelrod didn’t quite put it that way, but he might as well have — and on the Left’s holy-of-holies, too: The New York Times op-ed page.

With Biden’s first State of the Union Address coming up — provided the Adderal kicks in on time — Axelrod advises that Biden “proceed with caution” and avoid the temptation to “herald his achievements and declare that we have navigated the storm.”

The state of the union is stressed. To claim otherwise — to highlight the progress we have made, without fully acknowledging the hard road we have traveled and the distance we need to go — would seem off-key and out of touch. You simply cannot jawbone Americans into believing that things are better than they feel.

Americans “will want to hear less” about Biden’s overly-ambitious legislative agenda (currently dead in the Senate), and that his speech should be “less about him than us.”

Axelrod is confident that such a humble approach “should come naturally to the president.”

What color is the sky in your world, David?

Joe Biden is the guy with veneers so glaringly white that the White House was switched entirely to 30-watt bulbs to protect his cabinet’s ability to see.

Joe Biden is so prickly that he just called Lester Holt a “wise guy” for asking a legitimate question about inflation.

Joe Biden will say literally anything to make himself look better than he actually is… which means he lies a LOT.

We could go on, but after nearly 50 years of Biden recklessly throwing his overinflated ego around the public stage, why should we bother?

There is some slim chance that Biden could pull off Axelrod’s humble act, even if for just one brief hour when everything is on the line.

But it’s about as likely as Insanity Wrap spending Sunday brunch with a virgin Bloody Mary.

The news that Supreme Court Justice Stephen Breyer is retiring is still fresh. He won’t even officially retire until October, and the Biden administration will likely spend months vetting potential nominees.

But I can tell you right now, whoever Biden picks, they sexually assaulted me 25 years ago at a high school party. I can’t remember how I got there or how I got home. So far, the people I know who were present are telling me it didn’t happen. I may have changed my story a few times too. But, hey, look, you can trust me. I have no agenda.

I should also let you know that Biden’s nominee, whoever it is, might have a detailed calendar proving they weren’t at the party. Don’t believe it? Believe me!

I think I should be praised for my bravery in coming forward. I think the media must tell my story without questioning the details, and Time Magazine should profile me.

Just in case you think my memory is bad, you should know, I’m 100% certain it was… whoever Biden picks. There is zero chance I’ve mistaken them for someone else.

I feel so strongly that Biden’s nominee is too dangerous to be on the Supreme Court that I’d testify before the Senate Judiciary Committee… if I wasn’t afraid of flying.

I implore the U.S. Senate to listen to my story and give it the benefit of the doubt that similar accusations against other Supreme Court nominees have been given.

Alyssa Milano, I hope you’ll consider advocating on my behalf in public.