The military has used 62 grain 5.56mm RRLP  – Reduced Ricochet Limited Penetration –  frangible bullets for both CQB live fire practice on steel targets, and ship boarding operations (where unplanned holes in hulls are a bad thing) for a long time. The ballistic gel tests I’ve seen show the ammo should be quite effective if used for home defense.

(and the last shall be first….)

END_OF_DOCUMENT_TOKEN_TO_BE_REPLACED

For those whose eyesight is still good enough to let them use dots, this appears to be good advice.
I personally have almost completely switched to LPVO & 1X prism sights due to the degenerative effects of age and the capability of adjustable focus eyepieces to compensate.
As it is, the Steiner and  Vortex LPVOs I have are of a size that co-witness of back-up iron sights is impossible, but I do have one AR ‘pistol’ with a prism sight that I will have to check out to see if this effect occurs.

THE RETURN OF THE 10MM AUTO

Smith & Wesson’s recent introduction of their Military & Police pistol in 10mm Auto is but the latest proof this caliber is undergoing a reasonably strong regeneration today. To understand why, let’s go back to the genesis of this Lazarus round.

In 1983, years of experimentation by Whit Collins and Col. Jeff Cooper had created the wildcat .40 G&A cartridge. The project came to fruition with the introduction of the Bren Ten and its new 10mm Auto cartridge, first produced by Norma. Produced by Dornaus & Dixon (D&D), the Bren Ten was a scaled-up version of a European 9mm pistol which had gained the colonel’s favor in almost every respect save caliber — the CZ 75, a selective-system double-action pistol that could also be carried cocked and locked. The Bren Ten even bore the raven logo of Col. Cooper’s school, Gunsite.

It had the load Cooper specified — a .40-caliber jacketed truncated cone bullet with an overall cartridge length much like the colonel’s beloved .45 ACP, stoked to a ferocious 1,200 feet per second. Chamber pressure was approximately 38,000 pounds per square inch. The colonel proudly noted the 10mm had as much energy at 100 yards as the .45 ACP did right out of the muzzle.

D&D, perhaps undercapitalized, did not last long. Guns were shipped without magazines when the subcontractor didn’t come through with them on schedule. The company was taking orders with full price to be paid in advance and many shooters were smart enough not to fall for it. When Dornaus & Dixon went out of business, it looked as if the 10mm Auto was “out of business” too.

END_OF_DOCUMENT_TOKEN_TO_BE_REPLACED

At The Concealed Carry Expo, There’s A New Kind Of Gun Owner In Town

‘Five years ago in America, the gun owner was a white, conservative male. Now it’s all over the map, just like our country.’

FORT WORTH, Texas — Nikkita Gordon was walking home after her shift at a Waffle House in Carrollton, Georgia when she realized a man who had been watching her inside the restaurant for several hours was now following her across the parking lot.

“He said, ‘I’m going to walk you home,’ and I said, ‘I’ve got nothing on me.’ All I had was a jacket,” Gordon told me, as she explained the design behind her patented gun holster and its ability to be sewn into the inner lining of any garment. Gordon had never held a firearm before her encounter with the Waffle House stranger who she would later find out was a registered sex offender. Now she’s the founder and CEO of Cute & Cocky Firearm Accessories and Apparel.

Gordon, 26, was just one of the countless women attending this weekend’s Conceal Carry and Home Defense Expo, hosted by the U.S. Concealed Carry Association (USCCA). The expo was not your stereotypical white, male gun show crowd, sprinkled with a handful of token vendors aimed at women. This time, it was the attendees, not the event organizers who seemed to be driving the diversity.

Moms walked around wearing baby carriers and breastfed infants while sitting in seminars. Grandmothers pushed strollers around the exhibit hall where rows of floor space were dedicated to belly bands, leggings, purses, and other products designed to help women conceal carry.

Keeping with their mission to train and educate, the USCCA expo featured a live-fire indoor range where attendees could try out new guns, as well as seminars and demonstrations offered throughout the weekend. Experts covered topics such as “Concealed Carry for Women,” “Intruder Awareness & Church Security Reality-Based Training,” and “Children’s Firearm Safety Fundamentals.”

If the Fort Worth Convention Center on a November Saturday is any indication, there’s a new kind of gun owner in America, and the gun industry is taking note.

According to the National Shooting Sports Foundation, 2020’s record-breaking surge in new gun ownership was more than just a spike. An NSSF survey of gun retailers found that 40 percent of Americans making firearm purchases were buying one for the first time, and of those first-time buyers, 40 percent were women. Gun stores also found that 58 percent of firearm purchases were by black men and women, “the largest increase of any demographic group.”

Tim Schmidt, president and founder of USCCA, said his organization, which focuses on education, training, and self-defense insurance for gun owners, has seen USCCA membership align with this new demographic of gun owners.

“Five years ago in America, the gun owner was a white, conservative male. Now it’s all over the map, just like our country,” Schmidt told The Federalist.

“Whether it’s Covid or civil unrest, I think the concept of self-reliance, the concept of personal responsibility is driving millions of new gun owners,” she said. “We have to welcome them in and show them that firearm ownership is for everyone, irrespective of suburban, urban, rural — it’s protecting yourself and your family.”

We’ve seen this movement in the data for two years, but now we are seeing it in real life: Women and black Americans are putting an end to white men and criminals cornering the market on guns.

Holosun, the company well known for its durable electronic red dot and holographic sights for pistols and long guns is now releasing the first members of its new line of duty grade tactical LED lights, the P.ID family. The name of this new line of tactical lights is an abbreviation of “positive identification.” Currently there are four different items included in this lineup.

The housings of these new pistol lights are made from durable 7075 anodized aluminum. The P.ID tactical light family is fueled by18350 rechargeable batteries and users can recharge each unit with the included magnetic USB cable. One useful aspect about these new P.ID tactical lights is that they can be charged with this magnetic cable without having to remove the 18350 battery from its compartment. For more information, please visit Holosun’s website at holosun.com. 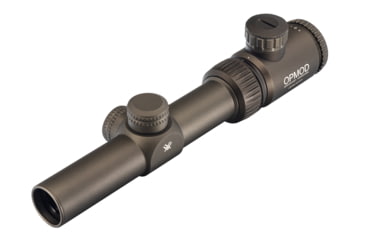 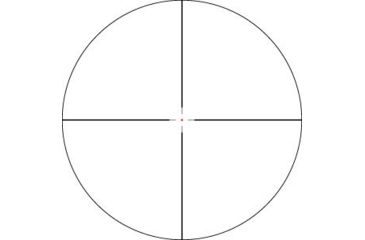 This flashlight doubles as a stun gun for self-defense!

NEWS – If you’ve been considering buying a close contact self-protection device, the StrikeLight 2 is an interesting choice. Not only will this handheld gadget perform as your trusty flashlight with 3 light modes (700-lumen high mode, 150-lumen low mode, and a red beam that won’t wreck your night vision), it’s also a stun gun. With a 20kV zap and audible crackle warning noise, it will hopefully make any attacker think twice about messing with you. The Taser StrikeLight 2 is USB-C rechargeable and is priced at $169.99 directly through taser.com and Amazon.