And people wonder why #teamheadsonpikes is getting noticed

BLUF
The brutal and vengeful behavior of these school officials should not surprise us. Many government officials nationwide — most of whom are generally on the left — now seem to think they are should be immune from any criticism at all. To their minds, any dissent is the equivalent of violence that must be squelched by any means necessary.

May the next few elections remove such people from power, forever.

Today’s blacklisted American: School officials in Florida and Michigan retaliate against parents for being involved in their kids’ schooling.

As I did last week on October 20 and 21, today’s blacklist column will cover two stories, both of which are similar and show a pattern of abuse by those in power.

The October 20th story focused on hospitals blacklisting nurses, either for being white or Christian. The October 21st story told the story of teachers being fired for opposing the introduction of the queer agenda in toddler daycare and in elementary schools.

Today’s story describes how school officials in two different states instigated investigations designed solely to destroy the livelihood of parents, simply because those parents questioned the way those officials were doing their job.

Note that in all three cases, the nurses, teachers, and parents were blacklisted simply because they had expressed in public a disagreement with the policies of those in charge. Apparently, to those now in charge, the first amendment has been suspended, so that any dissent against them can be punished harshly. 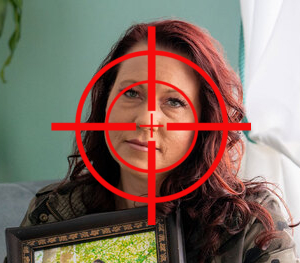 Sandra Hernden, targeted for blacklisting for being a concerned parent

First we Sandra Hernden in Michigan. When her autistic child’s grade scores plummeted because he could not handle remote learning during the Wuhan panic, she began to raise the issue repeatedly with the Chippewa Valley School Board in Michigan, trying to show them that there was no scientific reason to isolate little kids, and that such remote learning policies were very detrimental not only to her son, but all the children in the schools.

The board not only refused to listen, it responded vindictively, so viciously in fact that Hernden as since filed a lawsuit [pdf]. First, the board’s secretary, Elizabeth Pyden, wrote Herndon’s work supervisor, accusing Herndon of expressing “anger, disrespect, and veiled racism.” This immediately caused an investigation to be mounted against Herndon which could have resulted in her losing her job.

Herndon by the way is a police officer. Her supervisors reviewed the evidence and cleared her. They understood that, according to the first amendment, they had no right to silence her, and the board’s attempt to use its power to punish her was actually illegal.

Since Herndon refused to back down, the school board’s president, Frank Bednard, decided to take more serious action. He wrote the Department of Justice, essentially making a criminal referral that asked if there was anything federal law enforcement could do “to curb this behavior by these people.”

What a thug. Bednard didn’t like the opinions of Herndon and other parents, so the obvious solution is to sic the Gestapo on them.

Meanwhile, the evidence continues to pour in proving that Hernden was 100% right, that the school board’s remote learning policies did great harm to the children in its schools, and was based on no valid scientific evidence. 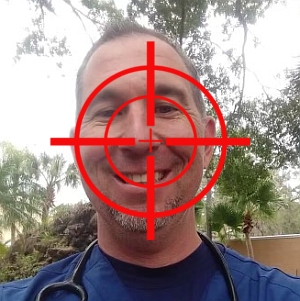 Shawn Hayston, targeted for blacklisting for being a concerned parent

Next we have a story out of Florida. Parent Shawn Hayston was concerned about certain materials on display at Pasco County Public School that suggested it was indoctrinating the children there into the queer agenda. Hayston — along with a number of other parents — arranged to have a tour of the school with its principal, Jennifer Warren. During that tour Warren became increasingly hostile when the parents kept asking her questions.

Throughout the tour, Principal Warren was “combative,” [fellow parent Jennifer] Houston said, and “left us with more questions than answers.”

Hayston is a firefighter in a different county. Two days after the tour he discovered that Warren had filed a complaint against him, triggering an investigation.

Hayston, the father of two sons, said he was told that the principal of the Pasco County school had called Hillsborough County Fire Rescue and asked the department to do an investigation into his behavior. He said he was told the school’s principal, Jennifer Warren, complained to fire officials that he had been hostile while touring the school, and that she had requested a formal investigation.

She told fire officials he had entered the school without authorization, and also said he’d been charged with trespassing by the Pasco County Sheriff’s Office, the firefighter said he was told.

None of that was true, Hayston said.

Like Bednard in Michigan, school principal Warren did not like it that Hayston was expressing concerns about the way the school was being run, and her obvious solution was to lie about him in order to get him fired.

While Hayston was cleared of all wrong-doing after a short two week investigation, he thinks the complaint has probably hurt his future in the fire department. He now plans to run for the school board in its next election in 2024, in the hope he can force some change that way. Apparently, the school system does not consider the responsibility of parents to raise their children as sufficient. The children really belong to the government.

The brutal and vengeful behavior of these school officials should not surprise us. Many government officials nationwide — most of whom are generally on the left — now seem to think they are should be immune from any criticism at all. To their minds, any dissent is the equivalent of violence that must be squelched by any means necessary.

May the next few elections remove such people from power, forever.