If a foreign nation forced us to have this kind of education system, it would be seen as an act of war.

A study released Monday by the Boston-based Pioneer Institute reveals a historic drop in national reading and math scores among U.S. students since the adoption of the Common Core Curriculum Standards a decade ago.

“Nearly a decade after states adopted Common Core, the empirical evidence makes it clear that these national standards have yielded underwhelming results for students,” said Pioneer executive director Jim Stergios in a statement. “The proponents of this expensive, legally questionable policy initiative have much to answer for.”

The study, titled “The Common Core Debacle” and authored by education policy researcher Theodor Rebarber, asserts the “shocking trends” in American student performance in critical math and reading skills since the creation of the U.S. Education Department 40 years ago recommends reevaluation of federal involvement in education.

Performance in reading and math since the adoption of Common Core has especially declined in the nation’s lowest-achieving students – many of whom come from low-income families and failing public schools – widening the achievement gap and creating further inequality.

Supporters of Common Core, however, touted the Obama-era federally incentivized standards would be “rigorous” and also “level the playing field.” The Common Core State Standards Initiative boasted that the standards are “important” because:

[h]igh standards that are consistent across states provide teachers, parents, and students with a set of clear expectations to ensure that all students have the skills and knowledge necessary to succeed in college, career, and life upon graduation from high school, regardless of where they live. … The standards promote equity by ensuring all students are well prepared to collaborate and compete with their peers in the United States and abroad.

Rebarber observed, however, that while national fourth- and eighth-grade reading scores were rising at about half a point each year from 2003 to 2013, since that time, reading scores have dropped.

“Over the past decade, there has been no progress in either mathematics or reading performance,” Dr. Peggy Carr, associate commissioner of the National Center for Education Statistics, said in October 2019 following the release of the Nation’s Report Card [National Assessment of Educational Progress] assessments in math and reading for fourth- and eighth-graders.

“The lowest performing students – those readers who struggle the most – have made no progress in reading from the first NAEP administration almost 30 years ago,” 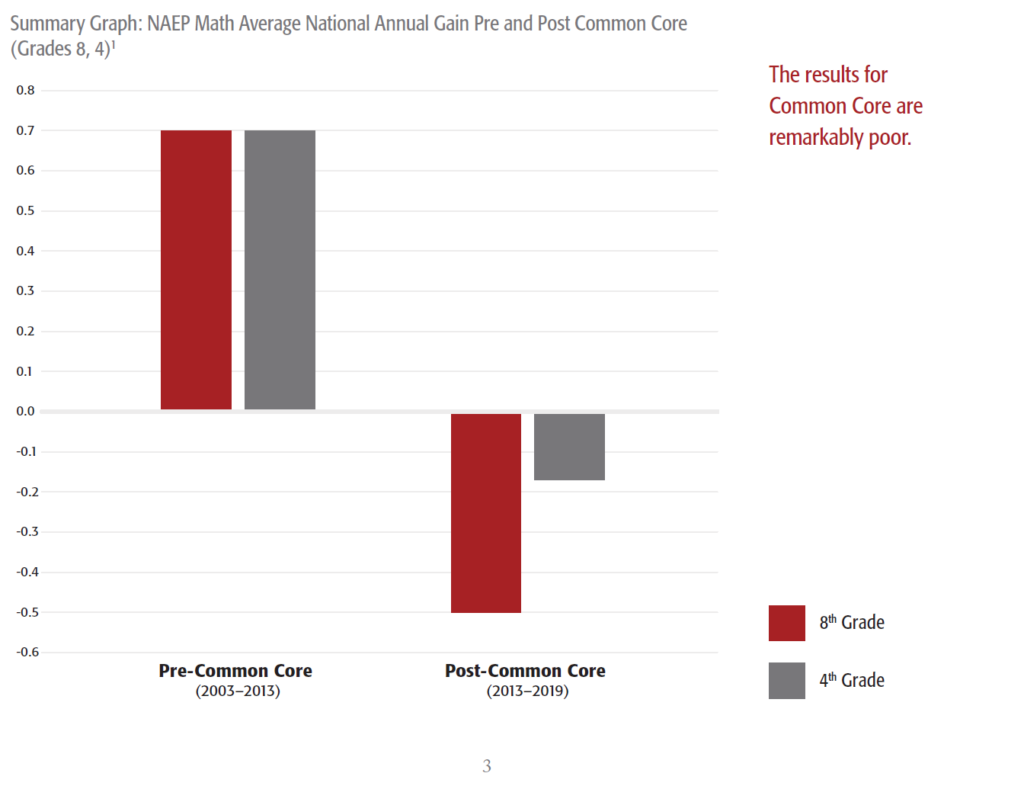