We remember those who gave in full measure to their country.

Most Americans have no clue why we celebrate Memorial Day. 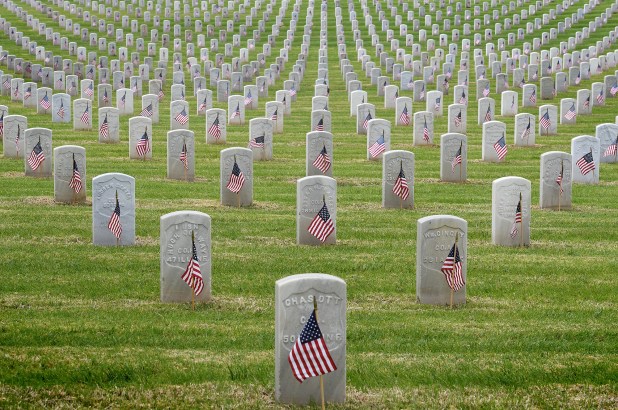 Less than half of Americans know the true meaning behind Memorial Day, according to a survey taken last year.

The survey of 2,000 Americans revealed just 43 percent were aware it’s a holiday honoring those who died in service while in the US Armed Forces.

Twenty-eight percent mistakenly believed Memorial Day was a holiday honoring all military veterans who have served in the US Armed Forces — which is actually Veterans Day.

It was revealed to be a common mistake: A third of respondents (36 percent) admitted to being unsure of the difference between Memorial Day and Veterans Day.

Conducted by OnePoll on behalf of University of Phoenix, the survey tested Americans on their knowledge of the holiday.

“For many Americans, Memorial Day is a much-needed day off to relax and enjoy their family. It is important to understand that it is also a solemn day of remembrance. For me, as a combat veteran and for military members and their families, this day holds great significance. Not everyone I served with was fortunate enough to return home,” said Brian Ishmael, senior director, University of Phoenix Office of Military and Veteran Affairs and former US Army sergeant.

Even though there’s some confusion about the holiday, 83 percent of Americans believe it’s important to do something to commemorate Memorial Day.